L., who asked to go by her middle initial for fear of losing her job, couldn’t afford her apartment earlier this year after failing to cobble together enough teaching assignments at two community colleges. By July she’d exhausted her savings and turned to a local nonprofit called Safe Parking L.A., which outfits a handful of lots around the city with security guards, port-a-potties, Wi-Fi, and solar-powered electrical chargers. Sleeping in her car would allow her to save for a deposit on an apartment. On that night in late September, under basketball hoops owned by an Episcopal church in Koreatown, she was one of 16 people in 12 vehicles. Ten of them were female, two were children, and half were employed. 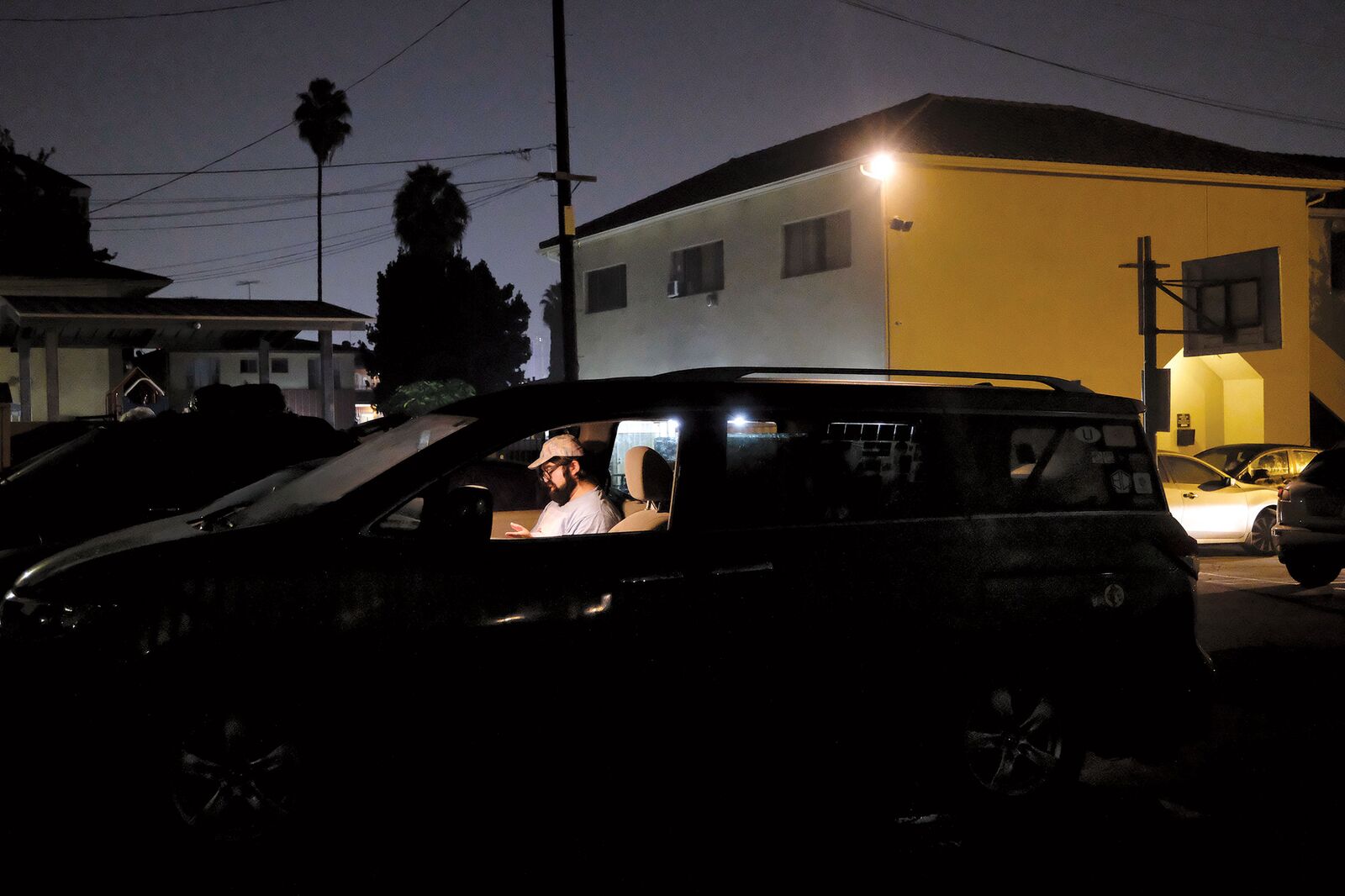 The Homeless Crisis Is Getting Worse in America’s Richest Cities

A toxic combination of slow wage growth and skyrocketing rents has put housing out of reach for a greater number of people.